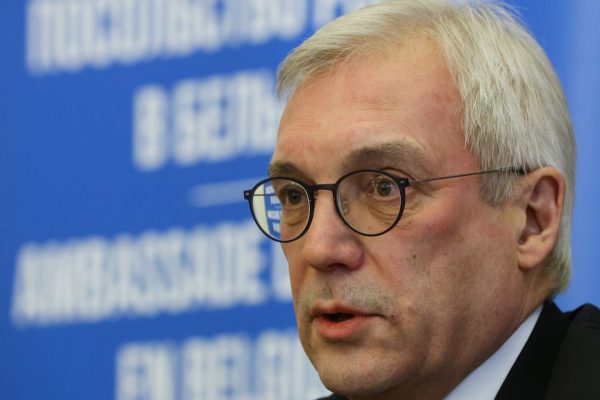 Russia said on Saturday that the accelerated deployment of modernised U.S. B61 tactical nuclear weapons at NATO bases in Europe would lower the “nuclear threshold” and that Russia would take the move into account in its military planning.

Russia‘s invasion of Ukraine has triggered the gravest confrontation between Moscow and the West since the 1962 Cuban Missile Crisis when the two Cold War superpowers came closest to nuclear war.

Russia has around 2,000 working tactical nuclear weapons while the United States has around 200 such weapons, half of which are at bases in Italy, Germany, Turkey, Belgium and the Netherlands.

Politico reported that the United States told a closed NATO meeting that it would accelerate the deployment of a modernised version of the B61, the B61-12, with the new weapons arriving at European bases in December, several months earlier than planned.

The 12-ft B61-12 gravity bomb carries a lower yield nuclear warhead than many earlier versions but is more accurate and can penetrate below ground, according to research by the Federation of American Scientists.

“The United States is modernizing them, increasing their accuracy and reducing the power of the nuclear charge, that is, they turn these weapons into ‘battlefield weapons’, thereby reducing the nuclear threshold,” Grushko said.