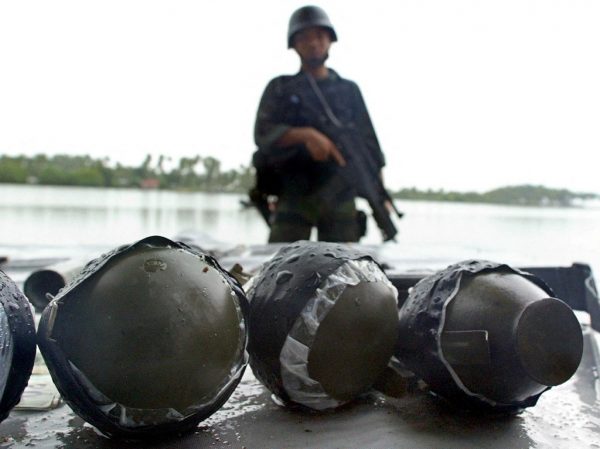 One man’s justice is another man’s oppression. This rings true in any political system. On April 28, 2004, 32 allegedly-armed people took shelter in the Krue Se mosque in Pattani, after more than 100 militants carried out attacks on 10 police outposts across Pattani, Yala, and Songkhla. After a long stand-off with security forces, those inside the mosque were killed, and many more died outside of it. A few months after that, the Tak Bai incident happened.

In Narathiwat province on October 25, 2004, hundreds of people gathered in front of a police station in Tak Bai district to protest the detention of six men. When the crowd allegedly attempted to cross the police barrier into the station. Police responded with tear gas and water cannons, and the crowd started to throw rocks. Shots were fired into the air and then into the crowd, killing some people at this point.

Hundreds of protesters were detained at the scene. They were reportedly ordered to strip to the waist, lie on their stomachs, and crawl to nearby trucks that would transport them to somewhere else. Footage taken by journalists confirmed allegations of physical assaults on many arrested protesters.

Inside the trucks, detainees were stacked atop one another and transported to an army camp in the Deep South. As a result of that and long drive, scores died from suffocation or extreme organ malfunctions.

The incidents were a big dent of Thaksin Shinawatra’s premiership, and reflections as well as commemoration are still going on. But imagine the local and international ramifications if they had taken place under, say, the Prayut government.

“Human rights organisations” here and abroad would have made 10 times bigger noises. Harsh Western sanctions would have been imposed immediately. Politicians on one side of the political divide would never have let it go. Activists would have held public forum on that on a weekly basis. Every anti-government protest would have featured Tak Bai and Krue Se posters.

Imagine if Prayut had said he was playing golf while the Muslims were dying in Tak Bai. Thaksin actually was doing just that during or shortly after the arrests and deadly transport. Speaking during a Clubhouse talk, the former prime minister said he was not aware of any details of the military operation carried out in Tak Bai on that day and only received military reports while swinging his golf club. (It’s unclear when he was playing golf, yet “During” would have been nasty and “Shortly after” would have been infamy.)

So, Parliament President Chuan Leekpai’s decion to go toe to toe with Thaksin Shinawatra’s lawyers over the former’s Deep South’s remarks, which the latter considered to be slanders, could benefit Prayut more than the Democrats.

Instead of letting Thaksin’s libel complaint against him expire, Chuan has decided to keep it alive. Yet Chuan’s Democrat Party has dominated Thailand’s South in elections anyway and the Pheu Thai Party, closely associated with Thaksin, will sweep the Northeast no matter what. Revival of Krue Se and Tak Bai, therefore, may affect Thaksin but not the Democrats.

A war of words has begun with Thaksin seeming to blame the military, not government policies. He made a point that one Prawit Wongsuwan was the army chief when Tak Bai happened and there were limits to what he, as the prime minister, could actually do. Thaksin referred to Prawit when discussing compensation to families of the dead, but the implication is that the prime minister could not be entirely possible for what went wrong.

Prawit, when asked by reporters about Thaksin’s suggestion that he (Prawit) should know better about compensation, said: “Go ask him (Thaksin). The implication is that the military could not be held responsible for the deaths and sufferings.

Everyone has to be careful, however. It seems like politics somewhere else is further complicating problems in the Deep South, whose characteristic troubles are complex already, requiring that Krue Se and Tak Bai must be treated in complete disregard for who is the prime minister and army chief.

Political blame game has been common regarding the region’s violence. While soldiers and politicians have been pointing fingers toward each other, very few non-Muslim people have ended up in court.  After hundreds of billion of baht in development and relief funds have been poured into the restive region by several governments to fight the insurgency, under what looks like a false belief that once the people are happier financially, big problems should go away, bombs are still exploding and people are still dying.

Chuan versus Thaksin could teach people that human rights abuses can take place anytime and anywhere. It can be a painful surgical process or it might simply aggravate old wounds that have not quite healed. There are reasons to be alarmed because, from the look of it, political factors that were not there when people died in the Krue Se and Tak Bai incidents, are coming actively into play.