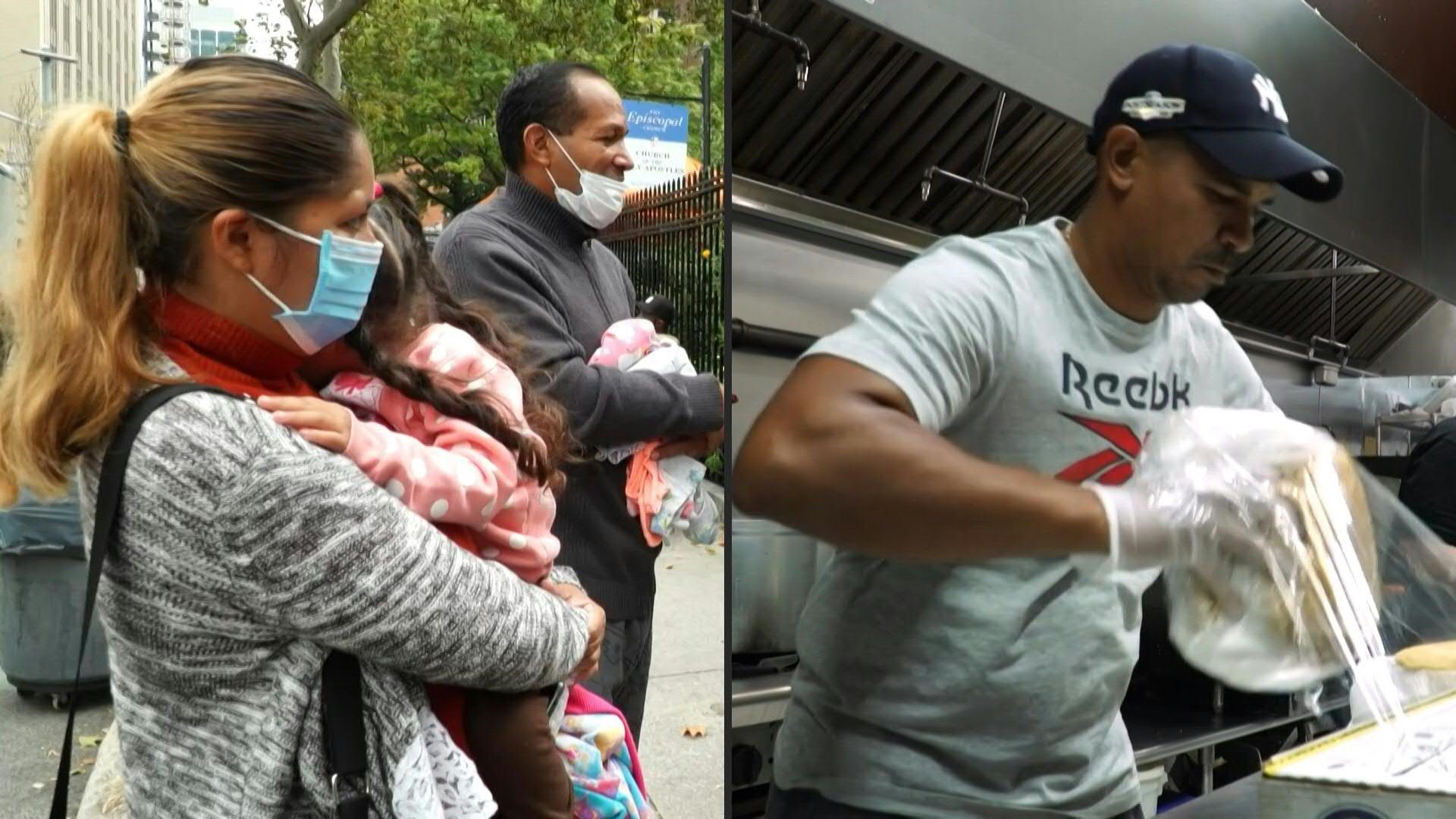 After a treacherous trip from his native Venezuela, Gustavo Mendez has survived two months in New York, finding work and a host family to live with on his path to a new future.

But he’s among the lucky ones to have a roof and a job in a city struggling to accomodate a recent influx of asylum seekers — 17,000 people since April — many of whom are being sent to makeshift tent camps.

Tens of thousands of Venezuelan migrants have been intercepted at the southern border over the past year, and in recent months several Republican-led border states started transferring asylum seekers north to Democratic stronghold cities — an explosive ploy ahead of the upcoming midterm vote.

Just weeks before that November 8 poll, which will see Democrats and Republicans fight for control of Congress, President Joe Biden limited the number of Venezuelan asylum seekers allowed to enter to 24,000.

The federal program offers a limited number of Venezuelans legal entry at US airports. But the Biden administration will expel those who attempt to cross via the land border, invoking a Donald Trump-era emergency health rule that denies them the right to apply for asylum, citing the need to quell Covid-19.

Mendez can’t work legally but the cook and television technician did find a source of income a week after his arrival, at a restaurant in Queens that also sells refreshments out of a food truck at sporting events.

“I wanted to work as a cook or in television, and that’s what I came here for,” the 40-year-old told AFP.

But Mendez is among the relatively fortunate.

Finding work is of singular importance for these migrants fleeing danger or persecution in their home countries.

But as things stand now, asylum seekers must wait 150 days after filing their initial application before they can request employment authorization.

“Since the middle of August, we have seen a large increase of asylum seekers,” Jay Alfaro, the manager of social services and partnerships at the Church of the Holy Apostles in Manhattan.

“The number one of questions here is, ‘Hey, do you know where to get a job?’”

The church provides food, legal services, housing counseling and medical assistance, operating one of the largest programs of its kind in the country.

Venezuelan Naisary Angulo, her husband and her three-year-old daughter came to the church seeking a rare warm meal.

After journeying for 50 days the 29-year-old and her family have been sleeping in one of the hotels set up by the mayor’s office.

New York is the only city in the country obliged by law to offer shelter to anyone who asks for it.

For registered newcomers, the city is also to offer access to medical care, English language classes and skills training, as well as schooling for children.

But many asylum seekers say the process to gain legal work access is rife with delays; Mendez does not have an appointment with migration services until 2024.

Mayor Eric Adams, who has been open about his presidential ambitions, urged the federal government to pass legislation allowing asylum seekers to seek work “now, not in six months.”

Alongside the city’s shelters — originally meant to house its staggering homeless population — authorities have set up hotel rooms for asylum seekers.

There are also talks to set up a cruise ship to accommodate new arrivals.

At the moment those in these temporary shelter systems do not have limits to their stays.

Alfaro cited the overwhelming cost of rent in the city, which also has a housing shortage, in explaining the challenges faced by new arrivals.

According to a recent study published by the news outlet CNBC, a worker earning the city’s minimum wage of $15 dollars per hour would need to work 111 hours a week to pay for a one-bedroom apartment.

New York’s Mayor Adams has deemed the current situation “not sustainable,” with the city’s comptroller, Brad Lander, estimating the metropolis will spend between $500 million and $1 billion to temporarily house the influx of people.

Adams argues that all US cities should share the burden, saying that New York never made “any agreement to take on the job of supporting thousands of asylum seekers.”