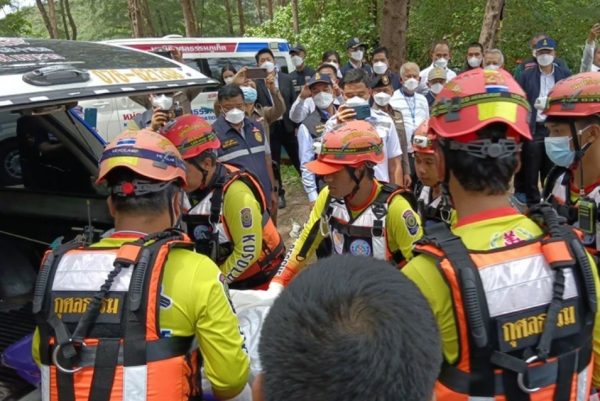 Rescue teams in Phuket have found the body of a Russian woman, who went missing from Nai Thon Beach in Thalang District last Friday.

Pol Maj-Gen Sermphan Sirikhong, commander of Phuket provincial police, said today (Wednesday) that the body of 53-year-old Elena Rusradchenko was found floating in the sea off Pa Tong Beach at about 9am, adding that the decomposing remains were then taken to the Vachira Phuket Hospital for an autopsy before her relatives and friends were to be notified of the finding.

Since her disappearance, he said that police suspected that she might have drowned or got lost, rather than being kidnapped, so their efforts had focused on searches of the sea and nearby mountains.

A member of the recovery team said that the body was found among floating garbage about 40km from the beach where she was last seen swimming.