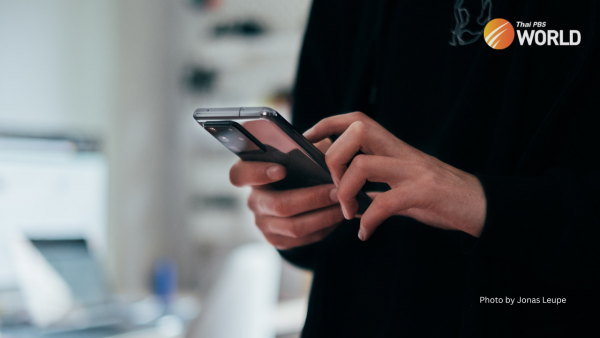 Despite strong protests from the academic community and civic groups, who fear it would lead to market monopoly and adversely impact other businesses and consumer interests, the National Broadcasting and Telecommunications Commission (NBTC) voted 3:2 to allow the merger.

The move has heightened the hot debate on whether the majority of commissioners had failed to do their duty properly, as they believed they did not have the authority to approve or reject the proposed merger.

Some NBTC commissioners have raised several reasons to oppose the merger.

Pirongrong Ramasoota, one of the commissioners who voted against the merger, cited seven reasons, which she posted on her Facebook page after the vote. She had argued before the vote that True Move H Universal Communications (TUC) had a 31.99 percent of the mobile phone market and Dtac Trinet (DTN) had 17.41 percent. The merger would lead to a high market share of 49.40 percent, resulting in the new entity — along with AIS — creating a duopoly.

She cited the study of the independent consulting firm, SCF Associates Ltd, which suggested that the merger would likely result in disadvantages for consumers, as mobile phone service charges are likely to rise, potentially affecting the whole Thai economy.

She was not sure that the remedy measures designed to mitigate the negative impact would help increase market competition. The NBTC would have a lot of burden to enforce the law, as it needs more resources to do so.

She argued that there was no concrete evidence the merger would yield more benefits to society. There is a high chance that the merger would lead to monopoly and stifle competition, which would be against sections 40, 60, 61, and 75 of the Constitution. It would also be against Telecommunications Master Plan No. 2 designed to promote market competition in the telecom sector, she pointed out.

The merger is likely to have a long-term impact, as it would be almost impossible to reverse course. It would also be very difficult for new entrants in the future when the market becomes mature, she said.

She referred to studies on telecom mergers in Mexico and the Philippines, which suggested that after a merger leaves only one or two operators in the market, it would be difficult to revive the competitive conditions that existed in the market before the merger.

She also raised concerns of the impact on market competition beyond telecommunication, as one of the companies has close business relations with a conglomerate that dominates both wholesale and retail businesses. She was hinting at Charoen Pokphand Group (CP), which has a controlling stake in True.

Suphat Suphachalasai, another commissioner, shared similar concerns. He pointed to the study, which suggested that a merger would lead to a high degree of concentration in both infrastructure and services of mobile phone and internet broadband, and these could potentially create barriers to new companies, rise in service charges and low quality of services for users.

The NBTC has set many conditions for True and Dtac in order to allay fears of an impact on consumer interest and fair competition in the telecom market.

One condition requires operators to lower service prices by 12 percent within 90 days of merger. They are required to send details of the cost of running the business to the NBTC. The merged entity also must maintain True and Dtac as separate brands for the first three years.

But those who oppose the merger argue that such conditions would not help much in protecting consumer interest, as experiences in other countries revealed the two operators left in the market tended to hike charges on users, and regulators had failed to control them.

Somkiat Tangkitvanich, president of Thailand Development Research Institute, who has long expressed his strong opposition to the merger, said earlier that if such an event had happened in other countries, it would have been described as a capture of a regulatory authority, where big business has influence over regulators.

Reacting strongly via his Facebook page to the watchdog’s decision, he described the decision of the NBTC commissioners who backed the merger or abstained in the vote “a shame”.

He expressed doubts on whether the merger conditions set by the NBTC would be effective.

He said the condition set by the watchdog, asking the mobile operators to lower the service charge by 12 percent in 90 days of the merger, was too small. He cited a study suggesting that service charges could rise as much as 120-244 percent after merger in case operators decide to collude.

The condition requiring the merged parties to maintain separate brands for three years would not yield any benefit to consumers and other businesses, said Somkiat.

The NBTC’s demand for the two parties to submit their cost structure shows that the watchdog had allowed the merger without even having knowledge of the cost structure of the private operators. Somkiat slammed the NBTC for not carrying out its duties properly.

He urged consumer groups to file cases in the Central Administrative Court and the Constitutional Court and take up the matter with the National Anti-Corruption Commission (NACC).

He also urged consumers to boycott products and services of any conglomerate engaged in monopolistic behaviour as a way to protect their interest.

“There should be a campaign urging people and consumers to express their opposition by not buying goods and services from business groups engaged in monopoly businesses: convenience stores, cafes, food, animal feed, internet broadband, payments services and others,” he said.

Many netizens said the commissioners were appointed by the Senate whose members were picked by the previous junta government, which was deemed to have been backed by big businesses. They also accused independent regulators of having a bad reputation regarding protection of consumer interest.

The controversial NBTC decision is set to trigger a legal battle.

The NBTC drew a strong immediate reaction from consumer groups. They have vowed to take the matter to the Central Administrative Court. The Thailand Consumers Council says it will seek a court injunction to halt the planned merger.

Parinya Tewanarumitkul, a law lecturer at Thammasat University, said the telecom watchdog had failed to perform its duty properly, as it had tried to shirk its responsibility. The vote to acknowledge the merger suggested that the NBTC does not assume the authority to decide, leaving the matter passively to private companies.

Such an action goes against the Constitution and its own regulations. Moreover, one commissioner did not cast his vote, which raises the question whether he had abdicated his assigned responsibility, he said.

The controversy is likely to persist for some time as opposition politicians are also weighing in. A Move Forward Party politician has vowed to petition the NACC to investigate whether the NBTC commissioners had violated the Penal Code’s Section 157, a provision to punish any official who wrongfully exercises or does not exercise any of his functions.

Can the Trade Competition Commission step in?

Some people have placed hope on the Office of the Trade Competition Commission (OTCC) that could wield its authority to guard consumer interest and ensure market competition.

“The outcome of the vote on the merger is in keeping with the expectations of many people,” said Sakon Waranyuwattana, chairman of the TCC.

It is the specific authority of the NBTC to oversee the telecom sector, but Sakon declined to comment on whether the NBTC has the authority to approve or reject a merger.

The decision on merger is only one dimension of the whole landscape of governance to ensure healthy market competition, he said.

“It would now depend on how the court would take care of the merger matter, [should consumers file a case],” said Sakon, referring to a move by the consumer group.

The trade competition commission would also play a role in monitoring the market to ensure mobile operators would not collude to steal an advantage over other businesses and consumers, he added.