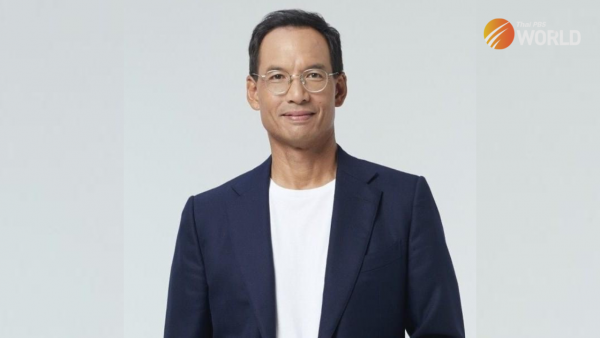 Former finance minister Korn Chatikavanij is making an ambitious political gamble by leaving a political party he cofounded just two years ago to lead a small 15-year-old party at the next general election.

It will be his first election as a party leader. He entered the last national poll in 2019 as deputy leader of the Democrat Party.

Korn, 58, was elected to lead the Chart Pattana Kla Party at its general assembly last Sunday (Oct 16), just weeks after stepping down as leader of the Kla Party to join the party previously known as Chart Pattana.

Established in October 2007, Chart Pattana was renamed last month with the suffix “Kla”, which means “brave”, in a symbolic joining of the two parties.

Key figures of both parties, Korn included, maintain they are merely “working together”, and not merging. The Constitution prohibits the merger of political parties with elected MPs during a parliamentary term.

Chart Pattana won only three MP seats at the 2019 general election — two from the party-list system and one from the constituency vote — while Kla was not founded until June 2020.

Political observers view mergers between small parties as a bid to survive at the next general election, tentatively scheduled for May 7 and expected to be much tougher for them than the 2019 poll.

The upcoming election will use two separate ballots, to vote for constituency MPs and for party-list MPs, instead of the one-ballot system of 2019.

Party-list votes will be divided by 100 to find the 100 list MPs that will sit in the 500-member House of Representatives. The estimated number of votes required to win a party-list MP seat at the upcoming election is 300,000, compared with just 70,000 in the last election. Hence the difficulty for candidates of small parties seeking election.

Korn said on Tuesday (Oct 18) that both parties saw the need to “work together” to gain “sufficient force” for their policy platforms to meet the demands of people and the country.

After becoming new leader of Chart Pattana Kla, he vowed to overhaul the Thai economy and bureaucracy as well as bring prosperity and a better future for the people.

Korn said a “major restructuring” of Thailand was now due.

“It’s time to be brave and restructure the country’s economy system-wide,” he said in a Facebook post last Sunday.

He called on Thais to dare to think as they had never thought before, take difficult actions to improve people’s income, confront large corporations, initiate a fully integrated agri-corporation for every major farm product, and modernize the public sector with so-called GovTech – citizen-centered transformation to digital government.

Born in London on February 19, 1964, Korn graduated from the University of Oxford with a degree in philosophy, politics and economics (PPE) in 1985.

That same year, he began his working career as a fund manager at SG Warburg & Co in London. In 1988, at 24, he returned to Thailand, cofounded JF Thanakom Securities, and served as its president until 1992.

At the age of 28, he became the company’s chief executive officer and served in the top post until 2000. A year later, he sold all his shares in the company to JP Morgan Chase, an American multinational investment bank and financial services holding company.

He served as president of JP Morgan Thailand between 2001 and 2005 before quitting his job to enter politics at the age of 40.

Korn, who is distinctive for his height of 193 centimeters (6 feet, 3.98 inches), later joined the Democrat Party and won his first election to become a Bangkok MP in the 2005 national vote. His former Oxford schoolmate, Abhisit Vejjajiva, became the party leader one month later. Korn was then re-elected three times – in 2007, 2011 and 2019.

When the Democrats managed to form a coalition government in 2008, Korn took the finance portfolio in Abhisit’s Cabinet.

In 2010, he was named “Finance Minister of the Year”, both globally and for the Asia Pacific region, by the Financial Times’ Banker magazine, which praised the financial management skills he displayed amid global economic stagnation.

In May 2019, Korn lost a contest to become new Democrat leader after Abhisit resigned following the party’s poor performance at the general election two months earlier.

Korn left the country’s oldest party the following January to set up the Kla Party with Democrat colleagues including Atavit Suwanpakdee who have now joined him at Chart Pattana Kla.