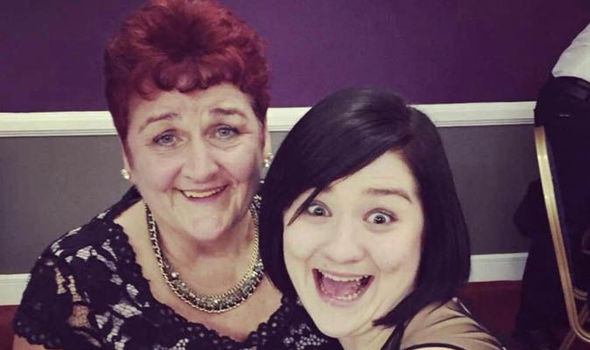 Despite this, schools have no obligation to tell parents whether asbestos is present in their child’s school.

Health and Safety Executive (HSE) figures show deaths from asbestos-related lung cancer, mesothelioma, among teachers and support staff have risen by a third – to 40 each year – between 2015 and 2016.

A separate study carried out by the American Environmental Protection Agency, estimates that for every death among school staff, nine former pupils can be also expected to die.

This would equate to 360 Britons a year being killed by asbestos they were exposed to at school when they were pupils.

The study, out on Tuesday shows a total of 363 deaths from mesothelioma have been recorded among teachers since 2001 and numbers are rising.

Across the country, mesothelioma still kills 2,400 people a year in the UK although the substance, often used in construction, was banned here in 1999.

Just one exposure can lead to the deadly lung disease decades later, meaning most cases – but not all – will not develop until pupils or teachers have left.

A recent report showed up to 86 per cent of schools contain asbestos.

However, a BBC documentary, broadcast tomorrow, reveals that, despite this, schools are not obliged to tell parents if their child’s school contains asbestos.

The BBC1 regional Inside Out programme highlights the fact that the law requires employers to inform employees about any risk and protect them from asbestos exposure.

Yet schools have no obligation towards parents and their children.

A National Union of Teachers survey found only 46 per cent of teachers knew if their school was affected. 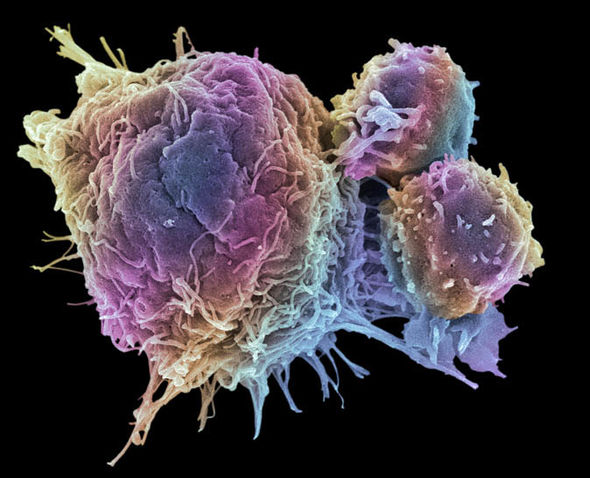 
The Government seem to be satisfied with the reassurance that there is a low risk of disturbance, but one disturbance and it’s too late

Inside Out spoke to parents at Whitehaven Academy, Cumbria, which was closed temporarily after asbestos was found there earlier this year.

One parent said: “You expect to send your children to school for them to be safe in the building they’re in.

“You assume everything is managed correctly and if an asbestos disturbance has taken place, it’s acted on immediately – which in this instance, it doesn’t seem to be the case. It could have been there for months.”

Official HSE advice states that schools are “low risk” and asbestos is safe, as long as it’s contained, properly managed and not disturbed.

However the BBC investigation found the HSE was told of 200 serious incidents in schools in the five years.

Peter Middleman of the National Education Union, said: “The Government seem to be satisfied with the reassurance that there is a low risk of disturbance, but one disturbance and it’s too late. A corner of a desk penetrates a wall coating or drawing pin is inserted into a tile with asbestos will release deadly fibres.

“Government complacency is informed by the administrative cost of meeting our demand to remove – rather than conceal – asbestos in schools, which would cost billions.

“It has concluded it is cheaper to let people die than remove asbestos but if the problem was not shrouded in secrecy and if the true extent was widely known the political pressure to do something would be intense.”

He added: “If you start from a position that asbestos causes cancer in children or children who are exposed to asbestos go on to get cancer in later life, then your starting position needs to be that it’s removed as a priority.

“They’re paying £7billion to renovate the House of Commons, another £150million for the royal palaces.

“It would take £13billion to get schools up to a satisfactory standard without removing asbestos, it’ll cost a lot more to do it properly but we think it’s a price worth paying.”

A spokesman for the Department for Education said: “The safety of staff and pupils in schools is paramount.

“We expect all local authorities and academy trusts to have robust plans in place to safely manage asbestos in buildings, and provide detailed guidance for them on doing so.

“We have also recently launched the new Asbestos Management Assurance Process to make sure they are following these requirements. “Since 2015, we have invested £5.6billion in the maintenance of school buildings, which can be used to fund the removal of asbestos when it is the safest course of action to do so.” 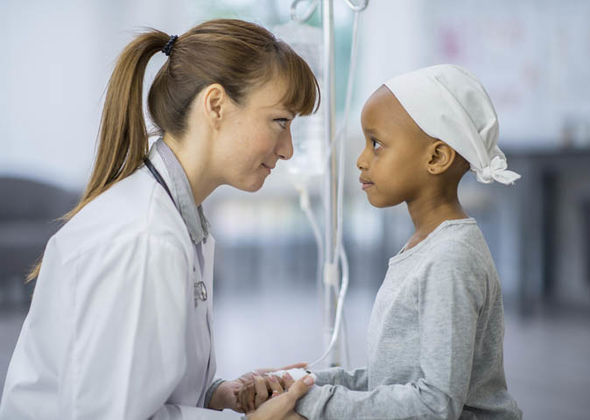 A doctor with a young patient who has cancer (Image: Getty Images)

‘We need to be told of risks, my mum was teacher who died within months’

TEACHER Michele Gibbins died from mesothelioma 18 months after she had been diagnosed aged 63.

She developed a shortness of breath and was thought to be suffering from pleurisy.

But the cancer was identified in October 2015 and chemotherapy failed to stop its advance.

The mother, from Leeds, died in February of last year.

Her daughter Beth Gibbins, 27, spoke of her shock at discovering her mother’s diagnosis.

She said: “I was reading through this stuff on NHS Direct. It was saying how short the life expectancy is and it was just not registering that was her.”

She added: “Asbestos is everywhere. Being in an office or school is said to be low risk but all you have to do is put a pin in a board and it only takes one tiny asbestos fibre to put you at risk.

“It is wrong there is no legal obligation to make anyone aware of asbestos in schools so workers and children have no choice.”

Facts about the substance

● Asbestos has been widely used in homes, factories, offices, schools, hospitals and in goods for more than a century. It was banned in 1999

● It is a set of six naturally occurring silicate minerals known by their colours with white, blue and brown the most types

● Uniquely among minerals, it can be spun into a thread and then woven into a cloth

● It has unparalleled fireproofing and insulating capabilities, is relatively lightweight, cheap, and resistant to water and acids 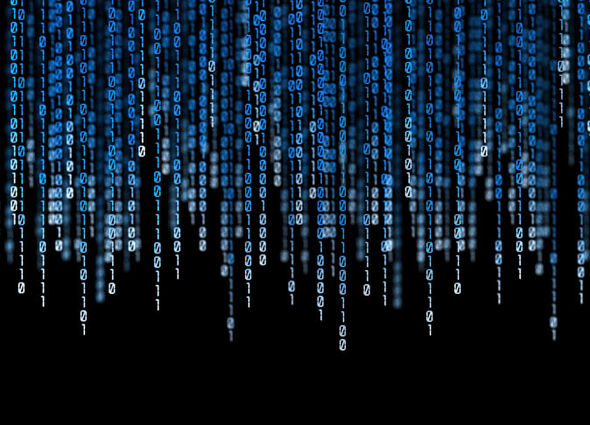 ● In the home it can be found in pipe lagging, as an asbestos cement water tank, as loose fill loft insulation, in Artex ceiling coating, vinyl tiling, wall and ceiling panels, or as corrugated roof panels

● It doesn’t present a health risk if left undisturbed. But if damaged it can release asbestos fibres into the air which can gradually damage lungs

● It still kills around 5,000 workers each year, more than the number of people killed on the road Source NHS, HSE and BMJ